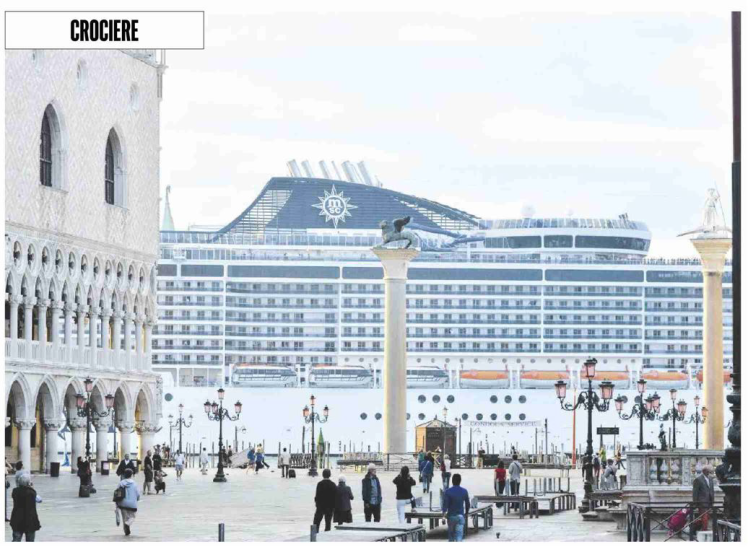 With the almost complete approval of the Camera, the decree to keep the Cruise Ships out of the Lagoon of Venice has become a reality. What is missing is direction for the operational methods for addressing the transitional phase

With the almost total approval of the Camera, the decree to keep the Cruise Ships out of the Lagoon of Venice has become a reality. What is missing is direction for the operational methods for addressing the transitional phase until the time that the ships dock at an off-shore port, off the shores of Lido. At Montecitorio the vote of the majority was united, 370 in favor, 16 against (L’Alternativa c’è) and 29 abstentions (Fratelli d’Italia). The decree, already approved by the Senate in late April, specifies that docks will only be possible outside the protected waters, and entrusts the Authority of the Port System of the Northern Adriatic with the task of launching, within 60 days, a “contest of ideas” to identify the most suitable ideas, referring not only to the cruise ships but also cargo ships. There is no deadline, nor an indication of a path forward following the choice of the best idea.

It’s a settled point, even if the future remains undefined. To arrive at this decision, however, required going through a mediation regarding the crucial question of the “temporary” phase. The center-right, in fact, had prepared an agenda which committed the government “to maintain the centrality of Marittima Station” for small to medium ships and to identify the docks at Porto Marghera for docking ships coming from Malamocco. This is the line of Mayor Luigi Brugnaro and the Lega Governor Luca Zaia, who has already made way for a bid by the Port Authority for a project for a new station for arrivals on the Canale Nord of the Industrial Zone. Nicola Pellicani for the PD replied with alternative agenda, containing a prohibition on “excavating new canals” (as the Leghisti instead want to to) and maintaining only medium-small ships at Marittima. Cinque Stelle members acted as mediators, and the two agendas, which would have split the majority, were withdrawn. A common resolution in commission looms in the future. The operational problem, however, remains. The Clini-Passera decree, which prohibited the transit of ship larger than 40 tons in front of San Marco was approved in 2012, but has not been applied. Waiting for the contest of ideas for the off-shore port to produce realizable projects, the temporary solution at Marghera runs the risk of becoming definitive.