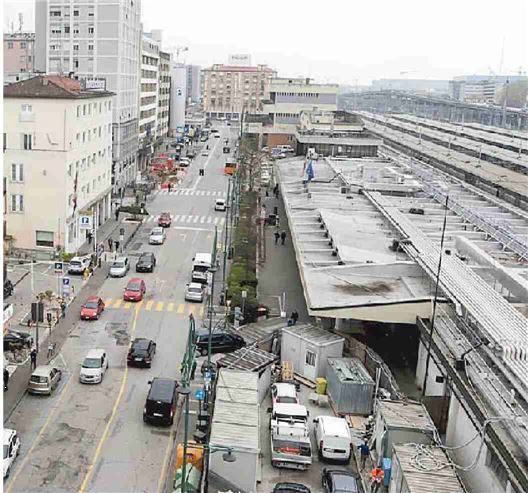 Only the rail line to Milan and the Biennale are mentioned. The Administration is attacked for its inaction through the entire affair

In the 267 pages of the National Plan for Revitalization and Resilience (PNRR), presented by Prime Minister Mario Draghi to the European Union to obtain the funds provisioned for Italy with the Recovery Fund, Venice appears only twice. First for the upgrade of the rail line Milano-Venezia, and second for the 170 million Euro reserved for the Biennale. This has prompted a joint communication from all of the Council opposition groups – the PD, M5S, Terra e Acqua, Verde Progressista, Venezia è Tua and Tutta la Città Insieme – decrying the opportunity missed by the Brugnaro administration. If the electrification of the port docks, called for in a first draft of the Plan, is still included remains to be seen. “Unless we are mistaken”, write the Groups, “we don’t find a trace of the proposals presented by Mayor Brugnaro to ANCI in 2020.  This inaction means the loss of an opportunity more unique than rare. And paying the price for it will be the city that more than any other could have been and could be a model of revitalization and resilience in facing climate change and the current crisis”.

Glimmers remain. “Venice obviously can participate”, write the opposition forces, “in the distribution of funds destined for the de-carbonization of local transportation, Marghera could compete for the funds for the “hydrogen valleys” and the “reclamation of orphaned sites”, but only in the presence of strong political action from the city”.

Among the lost opportunities, the PD, Cinque Stelle and the other groups that signed on to the letter also added the failure to include the Lagoon of Venice among the areas to be protected under the heading of ecological transition, while a specific clause, for example, is dedicated to the Po Delta. Meanwhile among those receiving funding for 19 small islands, those in the Lagoon are excluded.

In their note the opposition forces speak of the “epochal failure for the Mayor of ghea podemo far in the games that really matter”. The Administration, for its part, when asked, has “no comment” for now on the affair. They are waiting for the project detail sheets that will accompany the PNNR. As far as the requests originally made by the City, they amounted to 3 billion, 800 million Euros.

Of the thirty interventions called for in that plan, many focus on issues of transportation: 98 million for the development of the metropolitan surface transportation system, and from this 50 are destined for the Mestre station, 10 for the one at Porto Marghera, while 20 million make reference to a “new station at San Giuliano”. 134 million are destined for the Mestre Bypass. In terms of infrastructure 350 million were earmarked for the new cruise ship terminal (the north side of the North industrial canal) at Porto Marghera and for the “functional restoration” of the existing Vittorio Emanuele canal, which connects Porto Marghera with Marittima. Another 46 million are imagined for the electrification of all the docks (Riva degli Schiavoni, Porto Marghera and Zattere-San Basilio) and 317 for the renovation of ACTV’s vehicle fleet. Another 280 million are set aside for the metropolitan sports complex to be built at Tessera. The design calls for a 16,000 seat arena (130 million), a 15,000 seat indoor stadium (120 million), an Olympic swimming pool (20 million), and also an athletic center (10 million). 400 million Euros were reserved for restoration of all public residential buildings. Another 234 million were destined for repairs to the buildings of the Museum Complex, while 500 million would go to the reclamation and industrial conversion of the Sin area of Porto Marghera.

However, it would seem that they are not in the PNRR.