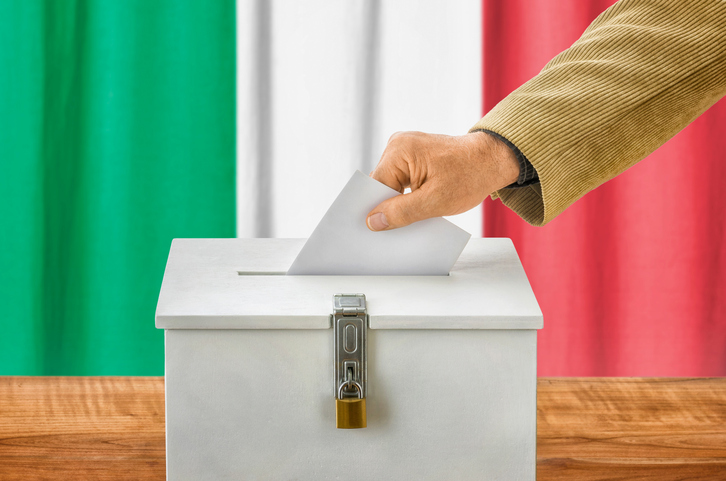 [Ed. Note: The local and regional elections coming up on Sept. 20 and 21 are, like some other elections coming up in 2020, a very high stakes affair. Italian elections, though, are not like those in the US, so it’s hard to share news about what is happening without some background. With so much on the line this year, we thought it would be good to provide some basic information about how the election will work and who the main candidates are. With many thanks to Giovanni Leone, here is the first installment]

On September 20 and 21 the elections that had been planned for May and postponed due to COVID-19 will take place. The voting will be for the replacement of the Council of the City of Venice and the Council of the Veneto Region, as well as for a referendum to approve or reject a constitutional law to reduce the number of parliamentarians, a vote which does not interfere with nor influence the vote for the local administrations. The picture that emerges highlights contradictions between city, regional, and national political balances and alignments. Another element is the now customary flowering of civic lists, some authentic and others instrumental, demonstrating how a non-trivial percentage of the electorate has not decided between abstention and support for political subjects other than the traditional parties.

For the Veneto Region the favorite is President Zaia, who aspires to an absolute majority, having grown his already solid support with the popularity he gained during the Coronavirus crisis, when he supported and followed the indications of Dr. Andrea Crisanti, a geneticist and professor of Microbiology at University of Padova, who had the correct intuition to prepare a substantial supply of reagents in time – before the emergency broke out. This asset allowed containment of outbreaks as they appeared, quickly deploying a testing program starting with the first outbreak in Veneto at Vò Euganeo. The strongest challenger is an independent, Arturo Lorenzoni, a professor of Applied Economics and Vice-Mayor of Padova in a government formed by the Partito Democratico (PD) and the Coalizione Civica; he is supported in his run by VcV (a coalition of civic movements and associations). Then there are:

In the City of Venice, outgoing Mayor Luigi Brugnaro starts with the advantage. Elected in 2015 as an independent with the Fucsia civic list, he is now the candidate of the right. The strongest challenger is Pierpaolo Baretta, the Undersecretary of the Economy for the Conte government, supported by the forces of the center-left. Then there are a variety of civic factions, which would become decisive should the vote come to a second round ballot. In addition to the City Council, the election is also for the Councils and Presidents of the municipalities, which are a decentralized administrative unit born as Neighborhood Councils, and which then became a true administrative unit, weakened and strengthened in alternating periods, and definitively stripped of their functions by Mayor Brugnaro, who recalled the delegates, as these were administered by different majorities than that of the City.

The definition of the lists of candidates for the elections in the City of Venice and the Veneto Region is now well under way. The majority of lists have completed that process, and this week is decisive because they must collect the signatures necessary for presentation of the list. Between 8 AM on Aug. 21 and 12 PM on the 22nd the candidacies for Mayor and related lists of candidates for City Council must be presented. Considering that we are in the midst of a unique election campaign, without rallies and gatherings, which have been replaced by social media and participation in initiatives that can guarantee distance and safety, for the candidates the collecting of signatures is a good opportunity to take advantage of being in the piazza and presenting themselves to the citizens, activity which is underway at this hour.

Giovanni Leone is an architect living in Venice, the city of his choice (having wanted to live in this house in the form of a city) and adoption (after having landed there from the other end of Italy), where he was welcomed: first in the community of out-of-town students, and migrants/inhabitants, who metabolize and spread around the world the awareness that a different way of life, on a human scale, is possible; later welcomed in the Venetian community, especially among the populace, introduced to the pleasures of the lagoon, the culture of land (gardens and fields) and water (boats and fishing) and islands; before, during and after, from a habitat that is an environmental and social context to be worn as a dress in whose pockets the spirit of the place is deposited.