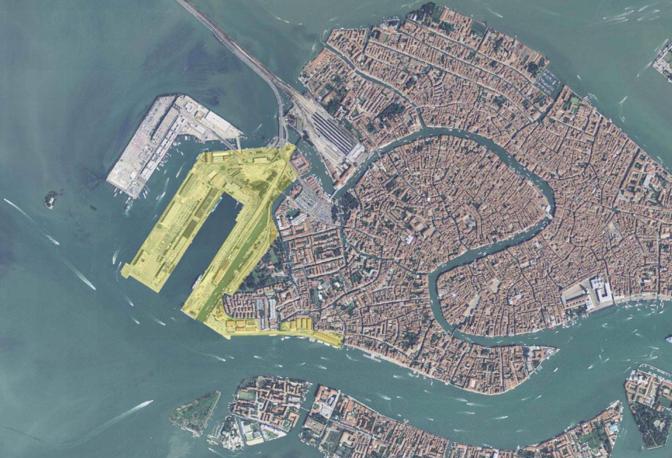 Workers are alarmed. UNESCO and the M5S investigation loom

VENEZIA This time the start could be in a few hours. The scientific technical committee, after a long meeting with the Minister of Infrastructure Paola Del Micheli, on Wednesday “boiled down” the sanitary protocol with required measures for safely boarding cruise ships. It’s possible that the authorization for restarting could arrive today.

The companies are already “warming up the engines”, especially Costa Crociere and MSC. But for now cruise ships won’t be arriving in Venice. MSC has already announced: there will be two ships, one that will sail in the Tyrrhenian Sea, the other in the Adriatic, which will sail from Bari to Trieste, and then on to Greece. But it appears that Costa has also decided to relocate, at least with the first ships, to the docks in Giulia. And Marittima will be left “high and dry”.

This prospect is a cause for celebration among No Grandi Navi, which for weeks has cried their “no” to the return of the “skyscrapers of the sea” in the lagoon and which is already mobilized for the day of Ferragosto, fearing a last minute blitz.

“Luigi Brugnaro and Pier Paolo Baretta (the PD candidate for Mayor – Ed.) are in agreement about cruise ships – attack Mayoral candidate Giovanni Andrea Martini – they both want them at Marghera”. Or, rather, where the Committee for Public Order and Security also wants them to go, as reiterated in the Prefettura of Wednesday morning: a solution which now, after the final technical evaluations, will be sent to the government.

The President of the Municipality of Marghera, however, defends his candidate and attacks Brugnaro. “Baretta has asked to compare the projects and the administration has responded with accusation of “wasting time” – he says – they’re afraid of confrontation because they know that bringing cruise ships to Marghera, apart from being unsustainable, will also deal a serious blow to the commercial port”.

On the other hand, the VTP and the workers are worried. From here to the end of the year Venice could actually see no more than a dozen ships, and these are seeing the social safety nets running out. “Restarting cruises in the Mediterranean can’t cut out Venice because of the indecision of the Ministers in Rome, and the hostility of those who seem to not understand that a sustainable future can exist,” they said.

“Even UNESCO, among the many criticisms and delays and shortfalls in confronting the problems related to tourism and the environment, has noted the absence of decisions about the cruise ships” observes M5S Senator Orietta Vanin, who has presented a request for information about the ONU agency’s report. “The blame, with cruise ships as with other things, is the inertia of the government,” replied Councilor Massimiliano De Martin.

One thought on “Technicians give go ahead to cruise ships in Venice, but even Costa will go to Trieste”