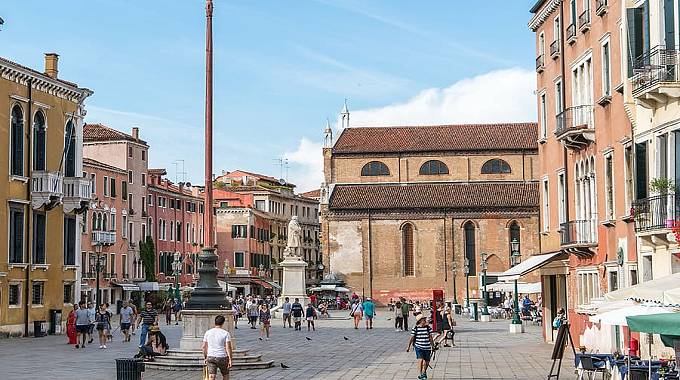 With 51% of its annual tourists unable to travel to Italy, Venice can no longer support itself on only “local” tourism – nor only European tourism.

For a Venice that lives on tourism, the opening of regional and national borders has not been enough. Reservations remain elusive, the restaurants are empty, and many stores are “half open”, taking advantage of unemployment benefits and limiting work hours for their employees.

According to a studio by CISET, the International Center for Study of the Tourism Economy, 51% of visitors to the city in 2018 came from non-EU countries: a portion which is completely absent during this post-coronavirus summer.

What’s more: tourists from outside the Schengen area turn out to be “big spenders”, generating annual revenue greater than 1,2 billion Euro: in first place are the Chinese – tempted by low taxes on luxury products – followed by the Japanese, Indians, and Russians.

But the businesses that had counted on the Schengen borders opening on July 1 have been disappointed: Brussels has placed on the “green list” only Algeria, Australia, Canada, Georgia, Japan, Montenegro, Morocco, New Zealand, Rwanda, Serbia, South Korea, Thailand, Tunisia and Uruguay – to which China will be added if it guarantees reciprocity with Europe.

Blocked for now are the United States, Brazil and Russia, countries with rates of infection that are still out of control.

But here is the other cold shower: in light of the recent outbreaks brought in from abroad, Italy has decided to protect itself with further measures.

According to the order signed by Health Minister Roberto Speranza, extra-EU citizens can travel to our country for only four reasons: verified reason for study, verified work-related needs, health reasons, and absolute urgency.

To this there is another restriction added: for extra-Schengen travelers a 14 day self-isolation with health monitoring will be obligatory.

Rome has chosen the maximum caution: it has avoided “closing Schengen” but at the same time it is evaluating controls – from those at the border to checks in the hotels – to ensure that extra-EU citizens from other countries are placed under the required quarantine.

“The situation at the global level remains very complex – commented the minister – we have to avoid undermining the sacrifices Italians have made in recent months”.

It is a decision taken to safeguard the health of the country, but which will certainly cause discussion among those who expected the first of July to save a summer season that is already compromised by the lockdown.

No Americans, Arabs, Russians, but from how it appears the Chinese will also be missing, the main buyers in strategic sectors such as luxury goods.

The Italian position on travelers will be reviewed and updated every 14 days, but there is the risk that a softening of the rules in mid-July or early August will be too late for reservations, starving the tourism sector of the lifeblood for keeping employees, paying rent and surviving until next spring – hoping for a vaccine or at least an improvement in global conditions.

What emerges is that Venice can no longer support itself on only “local” tourism – nor only European tourism.

In fact, many businesses have opened in recent years that have tied the city’s economy to the figure of a minimum of 28 million visitors per year. Not one less. With 51% of that missing, the crisis will be felt in a more dramatic way than what we would have expected at the beginning of the pandemic, when we expected that after the lockdown “everything would be the same as before”.