Gruppo 25 Aprile on the attack: “The Mayor must resign”

“We have decided to give a welcome back to the Mayor from his Brazilian vacation. And we have asked for his resignation”. So said the spokesperson of Gruppo 25 Aprile Marco Gasparinetti yesterday as he announced the new protest from his movement. With an online vote and 167 votes in favor (only one against) it has requested that Luigi Brugnaro resign.

The reasons are summarized in five points. First, absenteeism, second “the inability to provided concrete solutions for the many problems of Venice, or even to understand them”. The third point is the “chronic confusion between his many private interests and those of the city which must be pursued”; therefore the “conflict in being between a business controlled by him as a majority shareholder and the City, which would make him unelectable by the rule of article 63 of Tuel: an appeal to the courts has been proposed by the Port of Venice, Spa against the City of Venice”. Finally “undeclared finances received in the election campaign, in part by entities that can benefit from his decisions regarding cruise ships”.

A list of accusations that will not fail to create controversy and reaction. 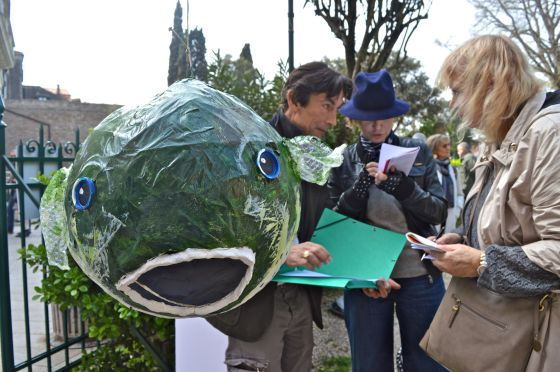