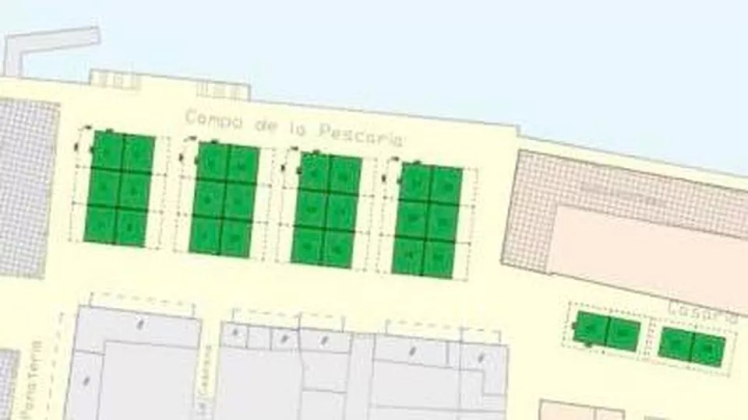 The council’s resolution rearranges the spaces used by the stalls, bans vendors from selling prepared food, and provides for new curtains for the Pescheria.

VENICE. The number of fruit and vegetable stalls will be reduced, from the current 40 to 28, of which 24 are in the Erbaria area and 4 in the Casaria area. A dozen stalls that are today unused will be eliminated, if we consider that there are 18 currently occupied by other commercial activities. The curtains will be redone, for which 500 million Euro has already been set aside. Finally, the sale of cooked food will be prohibited – not so much that sold by take-out restaurants (new openings of which have already been banned by a previous resolution) but rather food prepared by the fish or vegetable vendors.

With the favorable vote of the City Council (26 yes, 2 no, 6 abstentions), the Rialto Market will get a new start. In fact, the resolution calls for the streamlining of the stall locations more centered on the Pescheria, after moving most of the current spaces out of the Casaria area, thus freeing that space. The work on the new infrastructure will allow, during 2022, the modification of the occupation of public space in the market. “This resolution is part of a broader mosaic that we are creating to enhance commerce in the city”, said councilor Sebastiano Costalonga.

During the discussion an amendment presented by the opposition was also approved. Emanuele Rosteghin’s (PD) amendment calls for a “a revitalization plan that takes cues from the positive experiences of the main Europeans cities, without destroying its bond with the residents and promoting quality local production”. Assessor Costalonga then added to the amendment, inserting the prohibition on businesses currently present at the Rialto market serving prepared food.

Councilors Giovanni Andrea Martini (Tutta la Città Insieme) a Marco Gasparinetti (Terra e Acqua) then suggested the possibility of creating boat docking spaces for resident boat owners in the future. Finally, in the afternoon the new resolution calling for a stop to new junk souvenir stores was examined and explored in depth by the special commission convened by the Municipality of Venice, which listened to the councilor regarding the new regulation and the end of the variance granted for outdoor restaurant seating in the old city.