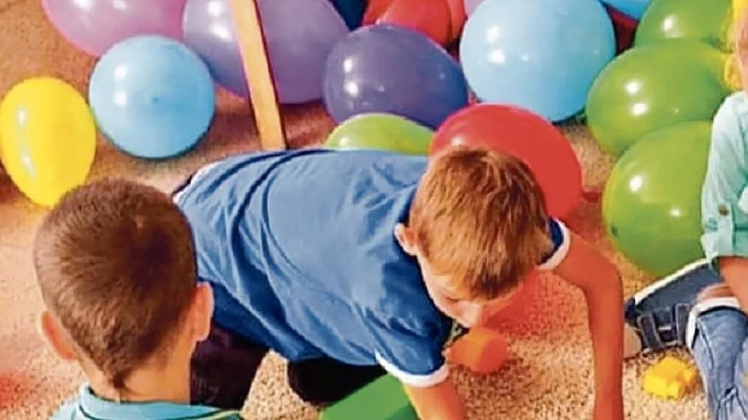 Opposition councilors once again decry the lack of staffing at some nursery schools: “The ratio of children to teachers is not being respected”.

[Ed. Note: This post is a combination of two stories about public schools in Venice that appeared within days of each other. To echo what is said in these articles, if you want to understand better the true costs of the 91 million Euro budget surplus – most of which is now earmarked for the new “Forest of Sport” project at Tessera, which will leave the city hundreds of millions of Euro in debt – this story shows on whose backs at least some these savings have been hoarded, and the human cost for families, the staff at these schools, and most of all for the children. That is, if you can imagine two adults caring for 12 infants, or one teacher a room full of toddlers.]

“The situation in the Onda and Glicine nursery schools is inexorably worsening”. This accusation comes from the leader of the Democratic Party in the Venice City Council, Monica Sambo. “The administration has not done anything about the situation – she continues – and the problems are serious. The infant section of the Onda nursery has 12 children under 15 months old registered, and there should be at least 3 teachers assigned, but since the beginning of the school year up to today the personnel shortage has never been filled, and the section is managed by 2 teachers with unsustainable responsibilities”.

The PD presented an inquiry in Council last November and asked the city administration to take action to respond to worried reports from the families with children in these schools, and to implement a plan to bring the schools back to the level of 3 teachers per section, to “guarantee the care of the children and the ability to adequately conduct educational activities”. The administration has always maintained that the situation is ok, and that the investments and hires already made guarantee an adequate level of service. In short, a stalemate. In recent days councilor Giovanni Andrea Martini of “Tutta la città insieme!” has added his appeal to the many made by the PD.

“The situation in the city’s nursery and primary schools is critical – said Martini – these city nursery and primary schools should not become parking lots for children. The ratios of teachers to children have not been respected for a long time, especially since the administration has introduced the possibility of replacing short absences with personnel employed at other schools. Our educational services, once a flagship service, have declined in quality as attention has been focused on costs and benefits, and not on well-being and time devoted to activities that stimulate children and help them grow from the tenderest age. I presented an inquiry in Council requesting information about the real numbers. The administration has declared that the ratios are being respected. But for how much time per day? And with Covid continuing to spread, how does the City intend to manage the situation?”

Sambo continues: “After more than 4 months we are again denouncing the same shortfalls and the same problems, all to the disadvantage of the children. The Glicine nursery school is also working in extremely difficult conditions. There are 3 teachers for the infant section, but there are sixteen children. And in fact, since the beginning of the school year the section has been managed with personnel reduced to 2 teachers, and the staff is often reduced to 2 to divide between morning and afternoon. Because of this it has become impossible to put the children to sleep for their morning nap. Little children who must be checked, followed, changed, fed and educated. The failure to respond to the parents confirms the serious incompetence and shortcomings of the leadership.”

The privatization of Millecolori nursery school has been extended for two years and the program expanded to the Tiepolo and San Pietro in Volta schools. PD: “They want to destroy a flagship service that is for all families”

VENEZIA. A storm erupted in the City Council over the City’s two year extension of the private management of the Millecolori nursery school. In addition, the experiment is being expanded in Venice with outsourcing management of the Tiepolo and San Pietro in Volta nursery schools. The resolution also aims to increase English language instruction in the three privately managed schools, and also in primary schools. But most of all, the competent offices have been given a mandate to “prepare a broader project that analyzes the privatization of the nursery schools for future years”. In practice, this opens the way to privatization of all the city nursery schools.

The resolution provoked an outcry among the opposition, which lashed out at the plan to outsource the city nursery schools. “Scandalous”, attacked Monica Sambo. “The reality, instead, is really the desire to destroy a service that has only brought well-being, care and support for Venetian families, and that was a flagship institution recognized at a national level. The top-down and anti-democratic attitude of our Mayor is on full display today, in all its anachronism”. Gianfranco Bettin of the Verde and Gianluca Trabucco of Progressista reacted along the same lines: “This strategy certainly has no economic justification, given that a budget report for 2021 was just presented with a surplus of over 91 million Euro. These choices are in actuality the product of a precise ideological orientation that sees the public institution like a business, and considers resources spent on public education and instruction to be ‘unproductive’”. The unions reacted harshly as well, with a letter signed by CGIL, CISL, UIL, and CSA RAL. “This choice is unacceptable and incomprehensible”, states the letter from Daniele Giordano, Massimo Grella, Mario Ragno and Luca Rocco, “to continue in the direction of privatizing the schools with the usual excuse that the public service is not capable of offering English language instruction or digital learning tools”. The unions have decided to call an assembly of the schools for Tuesday that will involve all the staff.