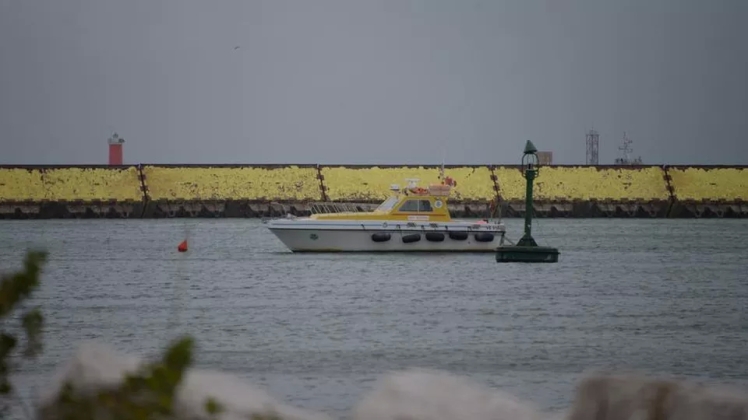 The action of the barriers at the inlets stirs up sediment on the lagoon floor, which then ends up settling in the canals, while at the same time preventing replenishing of sediments, which happens mostly during high tides

VENEZIA. A team of researchers coordinated by the University of Padova has shown how the MoSE system is modifying the hydrodynamics and transport of sediment in the lagoon, impacting the preservation of the precious morphological diversity of the lagoon.

“While on one hand using the MoSE system to protect the city of Venice resolves, at least temporarily, the problem of high tides that are more frequently threaten Venice and the other lagoon towns, on the other hand it will have a serious impact on the overall morphology of the lagoon”, note the scholars, “The use of MoSE to regulate tides predicted to be higher than 110cm relative to Punta della Salute has, in fact, important consequences on the hydrodynamics and transport of sediment within the lagoon”.

“In particular”, the study highlights, “the reduction of the levels of the tide increases the re-suspension of sediments from the lagoon floor, filling the canals with soil, and at the same time reducing the ability of the sandbanks – low lying formations typical of lagoon environments – to survive the progressive rise of the average sea level. If not appropriately addressed, these processes over time will lead to a progressive flattening of the lagoon topography, substantially modifying its current morphology”.

This is what emerges from the study Loss of geomorphic diversity in shallow tidal embayments promoted by storm-surge barriers, published by a team of researchers from the University of Padova in the prestigious scientific journal “Science Advances”. The study is the product of a collaboration between the Centro Interdipartimentale di Idrodinamica e Morfodinamica Lagunare (CIMoLa), Dipartimento di Ingegneria Civile, Edile e Ambientale (ICEA) and the Dipartimento di Geoscienze at the University of Padova, which also involved the Dipartimento di Scienze Ambientali, Informatica e Statistica at Università Ca’ Foscari di Venezia and the Dipartimento di Ingegneria Ambientale at the University of Calabria. It was carried out as part of Progetto Venezia 2021, financed by the Provveditorato alle Acque di Venezia through CO.RI.LA, the Consortium for the coordination of research involving the lagoon system of Venice.

The research, coordinated by professors Luca Carniello of the Dipartimento ICEA and Andrea D’Alpaos of the Dipartimento di Geoscienze at University of Padova, analyzed the effects of the first closures of MoSE that took place in autumn 2020 on the morphology of the lagoon of Venice, integrating modelling and field measurement instruments.

The study found that the increased re-suspension of seabed sediment in the lagoon during acqua alta events is mainly due to the action of the waves that are generated by the strong winds that typically accompany this type of event. “Counterintuitively, this puts more stress on the seabed when the tide level in the lagoon is regulated by the MoSE’s barriers. Once stirred up by the waves the sediments tend to be deposited inside the canals, due to the reduced dynamism of the lagoon waters caused by the closure of the inlets”, the study continues. “This contributes to the silting of the canals themselves, with negative consequences on the exchange of water in ordinary conditions, and an increase in dredging costs to maintain navigability. At the same time, the reduction of the sea level in the lagoon contributes to a significant reduction of the volume of sediments deposited on the sandbanks”.

This points out the dual loss of sediment caused by MoSE. Not only does it increase the amount that gets washed away into the canals, but it also prevents replenishment. “These sediments, which are of vital importance for allowing the sandbanks to survive the rise in sea levels, are deposited on them in large part precisely during the very acqua alta events that the MoSE dams are raised for. Therefore, if not appropriately counterbalanced, the repeated and prolonged use of the MoSE risks undermining this process of renourishment of the sandbanks, threatening their existence and, with it, the fulfillment of the numerous important functions these lagoon forms fulfill in the ecosystem”.

While the temporary closure of the inlets is essential for limiting the high tides and protecting Venice, the researchers argue for the need to find a compromise between the need to protect the urban areas from flooding and the conservation of the lagoon ecosystem.

“There is thus an urgent and imperative need to study interventions capable of mitigating the effects highlighted by our investigations”, conclude the researchers, “so they can be implemented as soon as possible. For example, complementary solutions to the MoSE system could be adopted in order to reduce the overall number of annual closures. This could at least partially mitigate the negative effects on the lagoon morphology”.