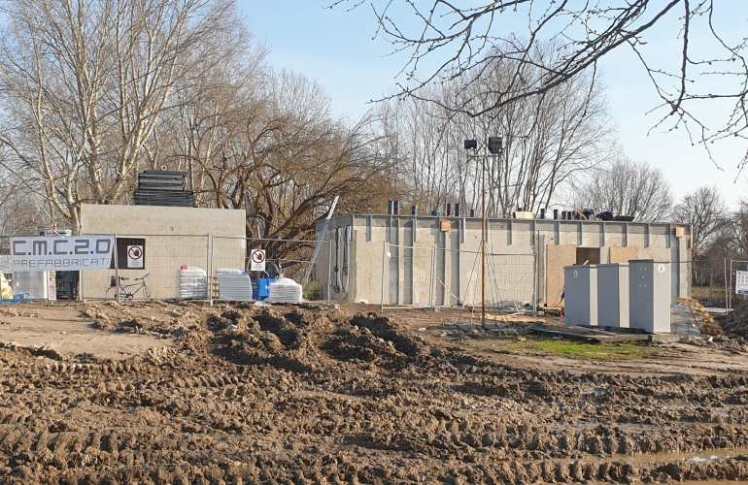 In the Lagoon, projects for redeveloping abandoned natural areas, entrusted to private companies in partnership with the City, can jeopardize their use by the citizens by making them exclusive.

“The island of Certosa is everyone’s heritage. Now the risk we see is that it becomes a place dedicated only or mainly to tourism, and to the exclusive kind. We have already lost the South lagoon, where the Canale di Petroli and the nearby Porto Marghera have destroyed the ecosystem of sandbars and their biodiversity. We cannot allow the same to be done here”. Marco Gasparinetti, city councilor at Venice and coordinator of the civic list Terra e Acqua, is part of the group of city councilors and citizens who are highlighting the problems with the redevelopment project regarding Certosa, one of the largest islands in the Lagoon, situated a few hundred meters from San Pietro di Castello and two kilometers from San Marco. The island was given in concession by the Demanio to the City of Venice, which in turn, through an agreement has launched a partnership with the private company Vento di Venezia to complete the improvements and refurbishing of the city park present on the island.

The first redevelopment project was approved in 2010, but in its most recent revision dated in 2019, which has emerged thanks to a document access request by Gasparinetti, new elements have been introduced to the project by the private company, such as the construction of a floating pool, an outfitted beach with a restaurant, and double the number of moorings. Citizens and associations, like Italia Nostra, who emphasize the problems with the project, have launched a petition asking that the City and the company present the details of the redevelopment program, until now not communicated, to the entire citizenry. They have furthermore made clear the need to begin a reflection on the public spaces of the Lagoon, on how they are entrusted to private entities and on the consequences there could be how they are used.

The story of the island of Certosa began in 2010 when the City of Venice, owner of a concession from the Demanio with a term of 99 years, launched a partnership with Vento di Venezia to realize and manage the park along with productive activities, actually a nautical center linked to sailing to support the costs of the initiative. In 2018, through an Administration resolution, the initial agreement was extended to 2106, also extending the terms of the concession of the maritime state property: in exchange Vento di Venezia committed to completing the improvements on the island, covering costs of  two million Euros.

“Based on the Administration’s resolution, in 2019 a building permit was presented and the work began in 2021, without an adequate evaluation of the environmental impact”, explains Gasparinetti. “Now they are proceeding with the construction of a floating pool, a kiosk, and a restaurant supervised by starred chef Raffaele Alajmo. This risks compromising the original purpose of the island as a public park, and therefore its free use by the community. In the central area of the park there are plans for a garden and vines for the restaurant, further limiting the utilization of space that belongs to all”, he continues. “The history of Certosa emphasizes the need to carry on a reflection: we need to counterbalance the activities of business, protecting the right of all to make use of a common property. Instead we are witnessing a process that will end up attracting tourists, and of a certain class”, adds Gasparinetti. “We need to think of a form of tourism that does not end up  exploiting places, as is also happening in other parts of the Lagoon”, he concludes.

In Venice the environmental organizations and the committees of the civic groups are pointing out how the process of entrusting parts of public properties to private entities, even in exchange for their redevelopment, can compromise access by the citizens. The Comitato Area Ex-Gasometri is asking the Administration for clarification about the final purpose of the area: the public land was sold in 2013 to a private buyer, and the company that is currently the owner, MTK, is moving forward with a redevelopment plan that involves the construction of two eight story buildings within the frames of the gasometri, bounded by the Soprintendenza. The plan, which also includes a gym open to the citizens, calls for building luxury apartments in the spaces. But MTK has asked to build a hotel on the property, and the committee is asking that the zoning variance not be granted.

This is also the case with the Alberoni Reserve, where the Marzotto Group has received authorization from the City to reclaim the Colonia Padova, abandoned for nine years, which will become a 120 room luxury resort. “There is a problem to highlight. In the Alberoni, which is a protected area, a private beach structure has been built, which silently appeared in 2020 in the midst of the pandemic after the authorization granted by the City to the company Aquarius di Vicenza”, explains Paolo Perlasca, a member of the executive of Europa Verde Venezia.

“This risks compromising a part of the dunes and their habitat, one of the most important sections of the area of sand dunes in all of Veneto. It is a small, open-air botanical garden, and one of the few areas of the regional shore that has not been urbanized. We are concerned about the potential consequences for the flora and fauna with the arrival of tourists,” he adds. After a petition drive to save the area, which gathered more than 18,000 signatures, an inquiry was presented to the European Parliament by Green representative Eleonora Evi, claiming that the project would represent a violation of the “Habitat” directive (directive 92/43/CEE, approved in 1992 by the European Commission, which has the aim of safeguarding biodiversity through conservation of natural habitats, of the native flora and fauna of the European territory of the member States, –Ed.) and that it would jeopardize an area of interest to the community. In fact, the dunes are part of the registry of Special Conservation Zones (ZSC) and of Special Protections (ZPS). “They deserve appropriate protection, like what is happening across Europe, also because they are the last strips of areas which almost no longer exist on our coasts”, concludes Perlasca.