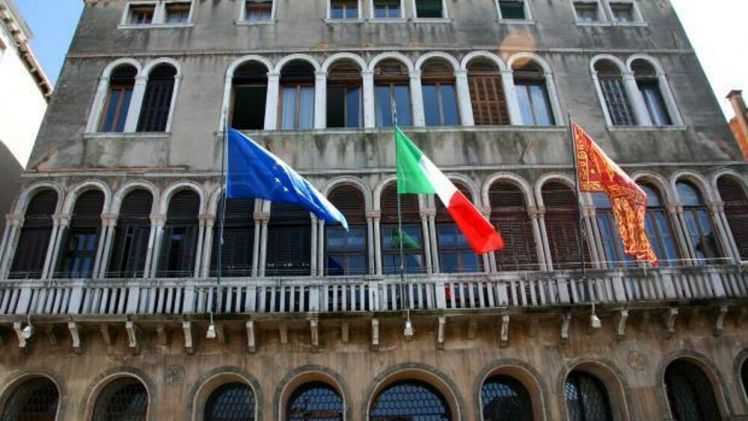 Seventy-six were presented, sixty from the PD. It’s a wrestling match between the majority and the opposition: there is no agreement and the confrontation goes on indefinitely.

10 PM on Thursday, 17 December, the second day of the marathon at Ca’ Farsetti for approval of the 2021-2023 budget and DUP (Documento unico di programmazione/Single Planning Document), and the Councilors are still presenting amendments. There are seventy-six in all, about sixty from the PD, 8 from the M5S of Sara Visman, 4 by Marco Gasparinetti’s group Terra e Acqua, and one by the administration. Fourteen lack technical regularity. With no agreement having been found between the majority and the opposition, the voting is bound to go on indefinitely. In fact it will continue Friday afternoon, and there is the risk of a Saturday meeting if the work is not finished. The novelty is that the group leader meeting at 7:30 PM established the use, for the first time, of the “set times” called for in the new rules for Article 18. So, starting at 10:00 PM each group had 10 minutes to completely describe all the successive amendments, which will then be voted on without any further discussion.

The administration’s amendment is the first of the day and is “technical”, explains Budget Commissioner Michele Zuin. However, some do not vote for it, like Councilor Visman. “There are 55 pages with fees, State and Regional funds. It requires time to analyze and understand these. I am not in a position to vote for it”. Communicating her abstention, she said, “One cannot even see the political reasoning of the administration”. Zuin reacts: “There is nothing to understand. After three days, 20 pages of shifting expenses, what should be accounted for? It is a battle, a guerilla budget. This is not a normal year, we have a 40 million reduction in revenue – put your feet back on the ground or I will bring them back”. The clash continues, also concerning cemetery fees. Regarding the “Istat adjustments of a few euro for the taxes and services (burials, exhumations, etc.)” about which the Budget Commissioner is speaking, according to Councilor Gasparinetti, “in a time of loss and mourning for the city because of the pandemic, this shows bad taste”.

When they move to the second amendment, presented by group leader Monica Sambo of the PD, regarding drug addiction prevention and risk reduction, with an increase in expenditure from 20,000 to 40,000 euro a year for 2022 and 2023, the majority begins to vote against, and it will be this way for practically the entire Council meeting. “After 30 of the 60 amendments that we presented as the PD the majority has not accepted even one, not even those that don’t require funding. And yet they address important issues – social, the environment, participation, culture, security and transportation. Small credit goes to some Councilors who abstained in the matter of our request to increase funding for road workers. The absence of Forza Italia from the Council is evident”. “Some of the minority Councilors presented amendments for requests “at the house”, such as sidewalks where they live or the parking lot in their municipality”, commented Zuin.

“Among those regarding gender violence and youth distress, and those addressing Murano, there are 8 from the Movimento 5 Stelle (M5S), all proactive – says Visman – which don’t offer slogans but include concrete proposals for intervention. For example, regarding schools there is not a single line in the DUP, and since this year the “Mayor’s Document” was, in practice, inserted in the DUP, I had to treat it as a five year political commitment. I asked to add as a strategic goal the countering of gender violence with programs in the schools and a plan of building awareness at the community level, aimed at everyone”. Instead the Councilor of the group Tutta la città Insieme!”, Giovanni Martini, says: “We have focused on restoring the Forum del Verde. Today the amendments are destined to be blocked. Better for the moment to emphasize motions and inquiries”.

There is no mention of the ZTL, an old subject of conflict between the majority and opposition. “Bringing private vehicles in the center – and in via San Pio X in Mestre, in particular – has not favored the revival of the stores, while it is contributing to a rise in pollution”, says, among others, the Councilor of the Verde Progressista, Gianfranco Bettin, along with the important PD Councilor Emanuele Rosteghin. But the majority, “never would impose on the ZTL in a moment of extreme difficulty like this for business”, stated the Budget Commissioner. Meanwhile, the amendments of Councilor Gasparinetti, “would have allowed allocating 300,000 euro for micro-projects aimed at countering the fragility of the aged and disabled population; created an emergency fund for the immediate support of local artisans, with funding of 273,000 euro in 2021; provided 255,000 euro (85,000 per year) for the maintenance and updating of forecasting models and the monitoring system of the Centro Maree”, but there was no opening on these issues.