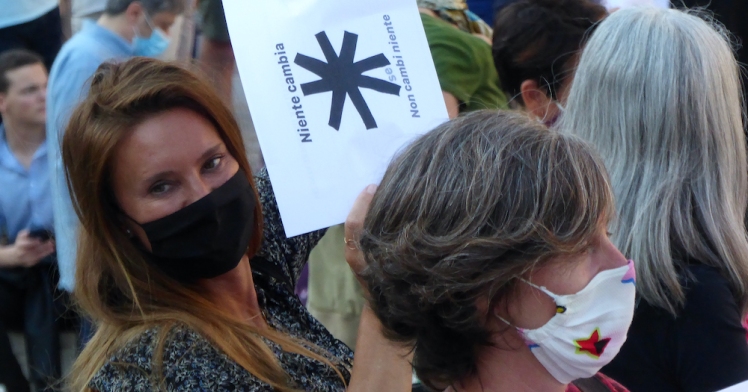 On Monday, June 1 we met at 2 PM in campo SS. Giovanni e Paolo and in campo San Francesco della vigna, forming two human chains converging towards Fondamenta Nuove, respecting health precautions (distancing and masks), two arms that met in a handshake at the fondamenta, near the hospital, an essential public service for the citizens which was almost downsized before the idea was retracted.

After the long confinement at home, the population has come out, seeking the comfort of the outdoors, and the June 2 holiday was the perfect occasion: seaside areas, mountain areas, and cities of art such as Venice, were under assault, invaded by sea of Veneti who demonstrated the high regard they have for the city of the Lion. This confirms the symbolic value and the feeling of belonging to the Lagoon capital sensed by not only local inhabitants but those of the entire region. While the daytrippers crowd the calli, Venetians get in their boats to sail the Lagoon waters for sunbathing and a cool dip. In these conditions calling for a civic political demonstration is too great a risk, and unwise hazard that a group of citizens wanted to run all the same, raising the stakes: not one, but two complementary demonstrations, which start from two different places to meet and embrace a part of the city reclaiming the citizens right to public space. 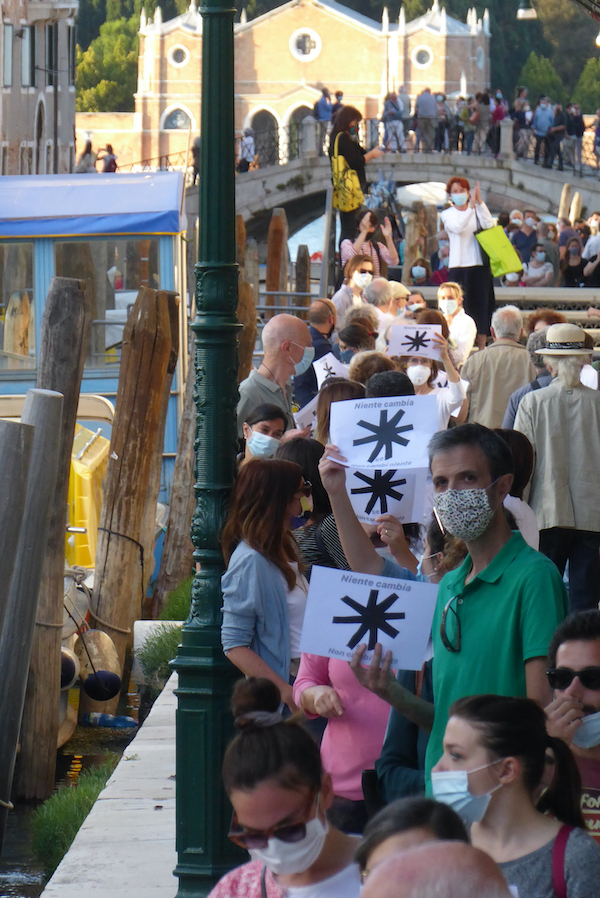 This affects the survival of the city. For this reason on Monday, June 1, we met at 2 PM, in campo SS. Giovanni e Paolo e in campo San Francesco della vigna, forming two human chains converging towards Fondamenta Nuove, respecting health precautions (distancing and masks), two arms that meet in a handshake at the fondamenta, near the hospital, an essential public service for the citizens which was almost downsized before the idea was retracted.

The highly symbolic mobilization saw a level of participation which was hoped would be large and instead was massive, beyond all predictions. Two events for one goal: to demonstrate for a reversal of the trend of tourism, which should neither be demonized nor hailed; the acqua alta and then the coronavirus have exposed all the critical problems of a business that is erroneously considered a panacea for all ills and allowed to develop unchecked. Tourism should finally be governed, and made compatible with the demands of livability and the residence. We cannot continue flattening the city’s economy to the tourist industry, increasing the flows of people and crowding. 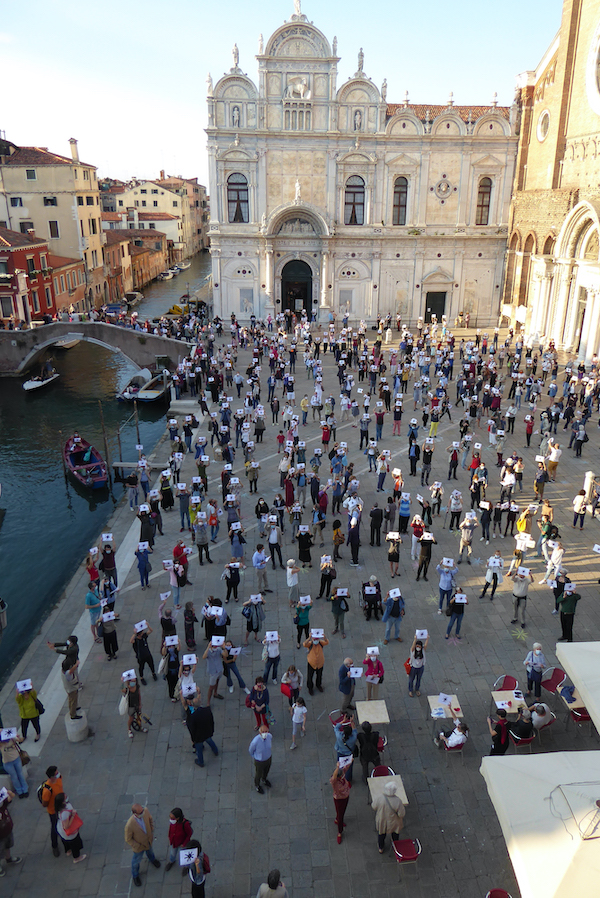 Instead, it seems that this is the way they want to go, with: 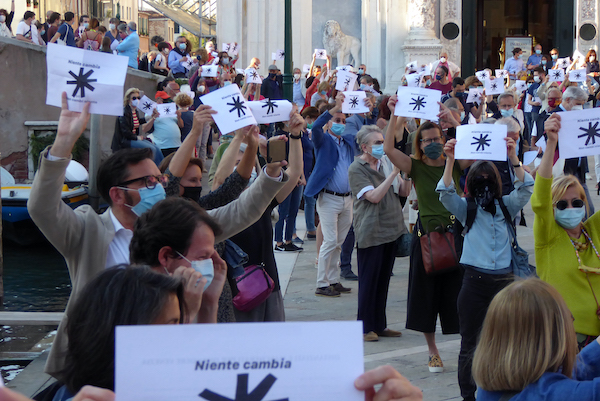 BASTA – ENOUGH support for expanding the flows of tourists that are already saturating Venice by enabling new access points for day visitor tourism and substituting services for residents with real estate speculation that tends to saturate every available area. They say they want to ease the load on Riva degli Schiavoni and San Marco, but doing so in this way we compromise – rather than safeguard – the livability of the remaining residential areas, as declared by the Mayor on 28 April 2018 in a video posted on Facebook:

“We can’t and we don’t want to prevent access to the city. However, we have to regulate the flows on days of particular intensity. We are going to try to direct the flows in a different way than usual, instead of having the tourists all go in one direction, we will effectively divert them in three directions. We will move the landing for the ferries that arrive from Cavallino so that instead of going to San Marco they will go to parts of Fondamenta Nuove.” 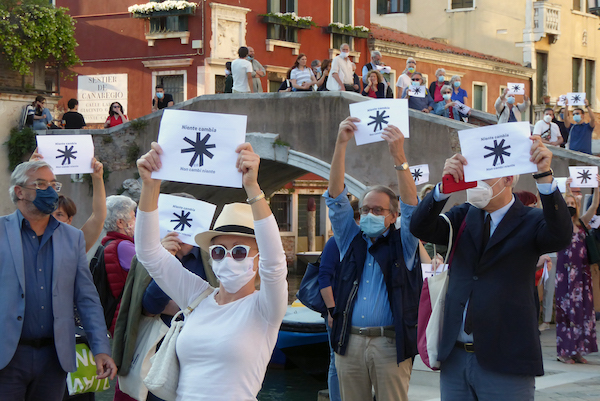 A firmament of stars, marked with chalk, covering the pavement of the campo, almost like to prepare for a planting. This is how SS. Giovanni e Paolo appeared Monday afternoon, waiting for every asterisk to have a person standing on it at a safe distance. This sign is a good representation of the will to create a convergence of citizens on a point from which to start again, to bring civic action through the area and so have an impact on the destiny of the city. 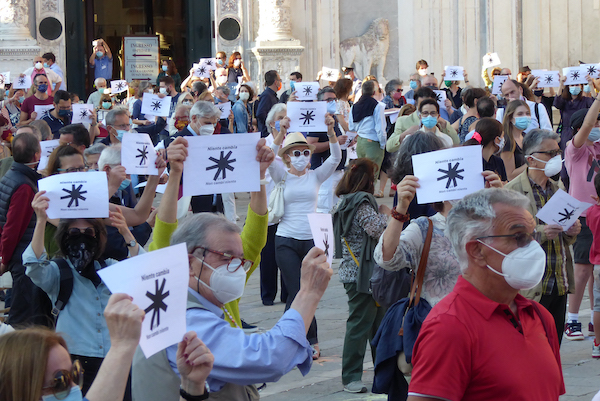 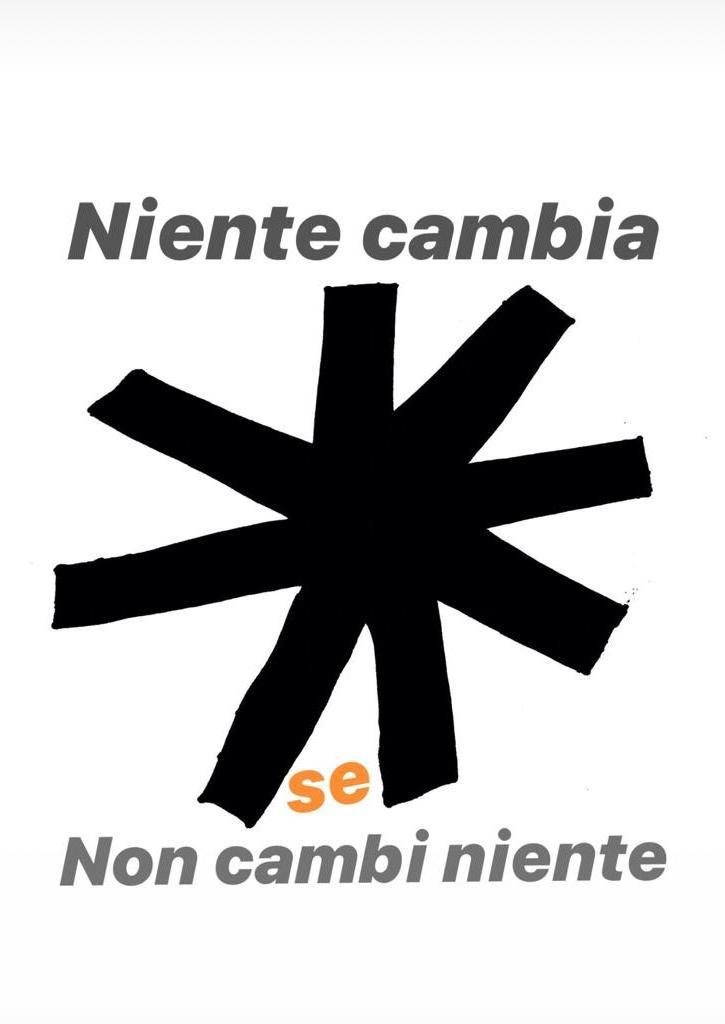