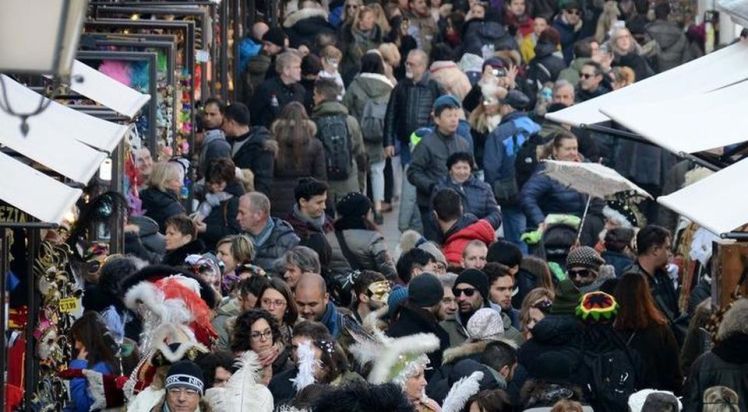 “On April 14 we start again”, “the season opens on May 4”: these were the refrains that were heard in the supermarkets, pharmacies and food shops during the first weeks of the lockdown. Saying them with an undeniable veil of optimism were primarily the owners and employees of B&Bs, hotels and restaurants, but also bars, stores and stands who had placed all of their hope on the arrival of the “season”: the phrases have remained the same, with the only difference being the date mentioned, which is gradually updated every time the Prime Minister issues a new decree.

In the last few days we have passed to speaking of “June”: but is it certain that, even with the move to a “phase 2” and the following “phase 3”, that all will be exactly like before?

Chilling the blood of tourism business owners and workers were two phrases spoken by the President of the European Commission Ursula Von der Leyen in an interview for the Sunday edition of Bild: “I recommend waiting to make summer vacation reservations. Actually, for July and August no one can make reliable predictions”; followed by the even more pessimistic option of “keeping the elderly in isolation until the end of the year”.

The trend seems to be decreasing, but the total number of the sick – of the dead and healing – is still growing: Italy has gone from 80,572 positive cases on 1 April to 105,418 declared today by the Protezione Civile.

The director of the Department of Infectious Diseases of the Istituto Superiore di Sanità Giovanni Rezza declared: “we will not arrive at zero infections in May. The virus will not stop circulating. In Wuhan they succeeded but are still experiencing recurring cases; thus we will continue to have patches”.

On the one hand this gives hope for a gradual relaxation of the restrictive measures, on the other, you can guess that “we will have to live with the virus”, as recently announced by the president of the Vento region. Masks and social distancing, therefore, until the arrival of a vaccine – not expected before 2021?

Two gauges that help understand when Venice could return to the pre-pandemic flow of people come from the worlds of school and of sport. Gov. Zaia recently spoke about reopening schools before the end of the school year, judging it to be “a mistake” inasmuch as it would mean “masses of youth moving in spaces such as classrooms, which are confined and therefore dangerous. We cannot allow a new acceleration of the virus”.

In the other field, Undersecretary of Health Sandra Zampa said that “we will only see full stadiums when there’s full security, and that is when there’s a vaccine”. Thus it will be difficult in the short term to have the vaporetti full again and the calli crowded on a normal “bollino nero” day, when in the historic center there would be more than 100,000 people (excluding residents): more than Juventus Stadium (capacity: 41,507) and Artemio Franchi (43,147) put together.

Elsewhere, the Undersecretary of Mibact, with Delegate to Tourism Lorenza Bonaccorsi has spoken of the study of “measures for the development of ‘proximity tourism’ which favors villages rather than the more crowded areas”. Words which certainly cannot reassure those who work in Venice, a destination which has made big numbers its strong point: 28 million visitors in 2019 alone.

The exponential growth in beds (hotel and other tourist lodgings), and the proliferation of activity in restoring and converting stores into tourism businesses are connected to this sum. The post-acqua alta decline in November was enough to cause talk of “a crisis in the sector”: how can the whole tourist machinery survive faced with, in the best case scenario, limited entries and obligatory distances until late 2021?

But the biggest problem for those who expected a rapid return to normality stems from the origin of the visitors: in 2018 86% of tourists in Venice were from foreign countries (data from Istat). And at the moment traveling in our country is still prohibited: any Italian returning from abroad must voluntarily place themselves under a 14 day quarantine, while foreign residents will be immediately taken across the border (source: Ansa).

Even if we imagine a relaxation of the restrictions that allows Italians to travel to the lagoon, it is unlikely that the entire tourism sector that’s been created over the years can hold out in the face of almost decimated numbers. Because, in the hoped for hypothesis that Italy will soon reach ZERO CASES of Covid-19, an indiscriminate opening of the borders would immediately bring us back to lockdown: too many countries have outbreaks that are still underway, with others that seem now to be in the initial phases of the emergency.

“We are faced with a scenario worse than the Great Depression of 1929” commented IMF Director General Kristalina Georgieva: for Venice, which has made hospitality its main’s economic source it will be an unprecedented debacle. Many businesses born to serve the “28 million visitors a year” will no longer be able to continue; the professions of receptionists, housecleaners, cooks, waiters, and clerks and everything else that rotates around tourism will have to be reinvented. How? By pointing towards quality products, online sales, and home delivery.

It will return to the Venetians, to the Veneti, to the Italians; the Venice of tourist rentals, organized groups and souvenir sellers will likely no longer exist, at least until the arrival of the much hoped for vaccine that will put an end to the most terrible pandemic of the modern age.

Even then many things will change: just like how, at the end of the 1800s, cholera created new hygienic standards, sewers and renewed building criteria, the post-coronavirus era will introduce new ways for us to live and to travel.

According to Adam Blake, a professor of economy at the Department of Tourism at Bournemouth University, airlines, ships, buses and trains will have to guarantee more space between passengers to avoid any kind of crowding; tourist lodgings will also raise their levels of cleaning and sanitizing, driving travelers to turn to hotels rather than B&Bs, which might “struggle to standardize to the rigorous protocols” required. The Italian touring club has added that “people will sense the need to travel responsibly, care for their personal hygiene, and respect the places where residents live (to allow them to also enjoy them).”