After 180 years, at San Francesco della Vigna a small jewel of the city reemerges.

[Ed. Note: this story is about a little piece of unexpected good – the re-discovery of this piece the city’s history – coming out of a complicated and controversial story, that of the recent sale of this area, the ex-Gasometri, to a hotel developer. Something good, that has nothing whatsoever to do with the Coronavirus, seemed like just the thing to post.]

At San Francesco della Vigna, immediately behind the wall which borders the space of the Gasometri in Venice, a Vera da Pozzo from the 1500s has been found. It is a very important historical testimony from the artistic and cultural point of view for the city.

That here in the space opposite the front of the Chiesa di San Francesco built by Andrea Palladio in 1564, there was at one time a well, is documented by the writings and paintings of Canaletto and Guardi. 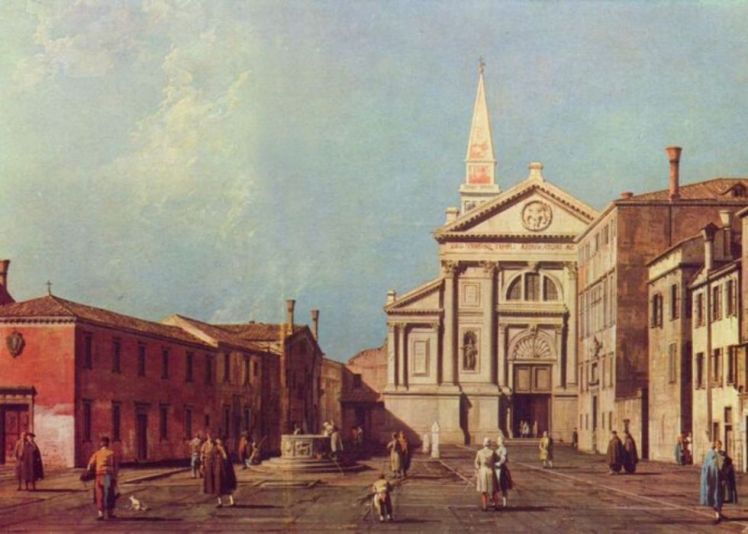 It seemed, though, that the ancient Vera da Pozzo had been lost. However, during the restoration work being carried out by the Viennese real estate company MTK, which now owns the area, it has instead been rediscovered.

The Vera da Pozzo of Campo San Francesco della Vigna dates back to the 1500s. It is located at a truly particular point of the city: an area which, in the past, was important to the life of the citizens.

In fact, there were riding schools for youth in the area and a lumber yard which, from 1534, seems to been used by Tiziano Vecellio and by the Comunità of Cadore.

It was, however, the Franciscans, who are present in the area to this day, who had the largest influence on this Vera da Pozzo at the social-cultural level. This is evidenced by the carving of “San Francesco receiving the stigmata” represented on one side of the architecture. 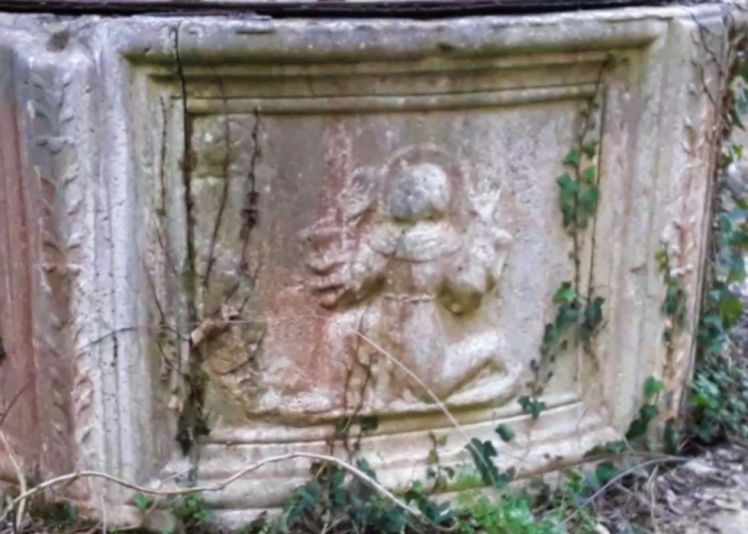 The Vera da Pozzo in paintings

This Vera da Pozzo has been rediscovered after 180 years. The area in which it found has been the object of paintings and the attentions of various artists and authors who, over the course of history from the 1500s to today, have represented the Campo and the facade of the Chiesa di San Francesco della Vigna. Therefore it’s possible to trace the historic profile of how this space was before its partial closure.

The most relevant and illustrious testimony, for their fame and quality of artistic production, are without a doubt those of the two most famous Venetian vedutisti: Canaletto and Fransesco Guardi. 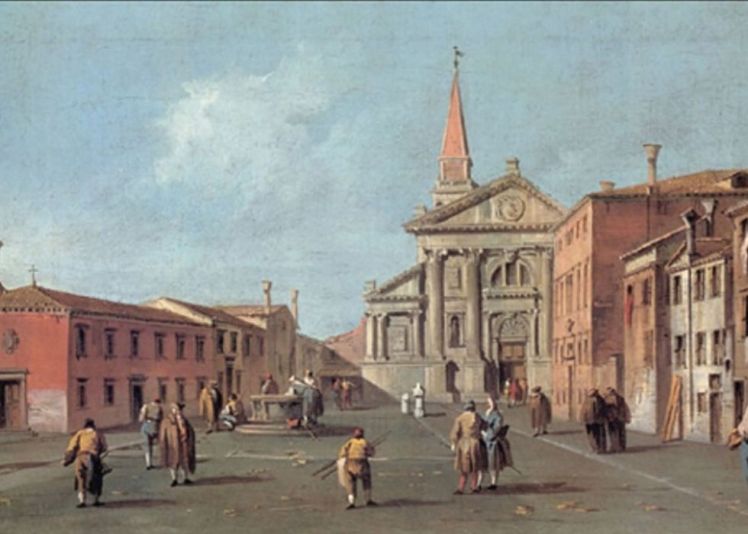 The two 18th-century painters addressed this subject, also giving us the opportunity to directly compare their work, as often happened in the course of their lives: on the one hand, the warm colors and maniacal precision of Canaletto’s line, while on the other hand, the naturalness and dynamism of Guardi’s painting.

What emerges from both of the works is the location of the recently found Vera da Pozzo, which we can admire at the height of its period of activity and use. It is even possible to glimpse it in the “Nuova Pianta Elevata e Cospicua della Città di Venezia”, realized around 1770 by Venetian painter Lodovico Furlanetto. The area, before the construction of the Gasometri, presented itself as a convenient point of approach, being directly connected to the open lagoon.

The Vera da Pozzo in Venice

The Vere da Pozzo are the most characteristic elements of the Venetian urban landscape. They have unquestionably become part our image of the city, thanks to the wide presence of examples that can be found while passing through the campi. These stone constructions close off and decorate the opening of underground wells of drinkable water.

The Gasworks and the closure of the Campo

The installation of the gasworks that still occupy the area today was, however, crucial in the story of the disappearance of the ancient Vera da Pozzo. The gasworks were a project of the Austrian government, which then also ruled in the lagoon, and which decreed in 1939 to set aside the area for the realization of the first gasworks. The work, as testified to in the April 4, 1840 edition of “Il Vaglio”, of Venetian Journal of science letters and arts, began in 1840. 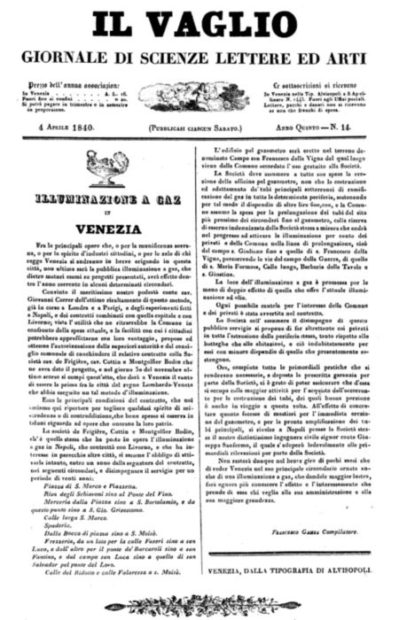 In 1843 Piazza San Marco was illuminated by gas for the first time, only three years after the beginning of the work. The Vera da Pozzo di San Francesco della Vigna was still quite visible then but was successively “obscured” by a wall and, subsequently, by the weeds that have kept it hidden for 180 years.