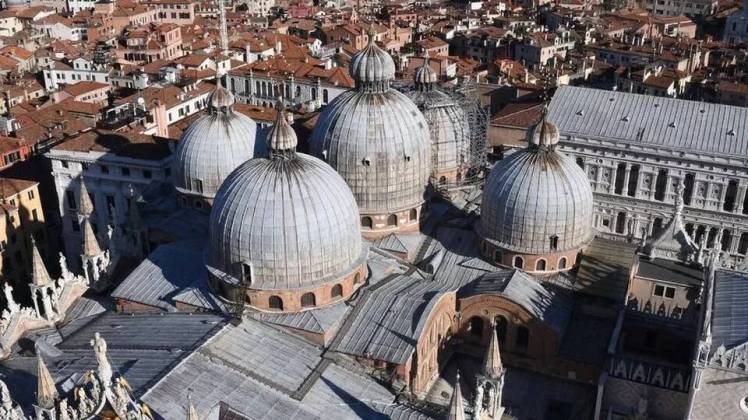 Damage from the acqua granda. The first procurator of San Marco, Carlo Alberto Tesserin is concerned: “The lead sheets that cover the cupolas risk detaching”

VENEZIA. The Basilica of San Marco is taking account of the damages after the disastrous acqua alta, already reaching 5 million euros.

New and unforeseen damages are being discovered, such as the condition of the lead sheets that cover the cupolas of the Basilica which, subjected to the forces of the high winds on the night of 12 November, are now beginning to show some signs of breakdown.

“We are completing an analysis of the damages, obvious and hidden, from the acqua alta of November” explained first procurator of San Marco Carlo Alberto Tesserin “and we are already close to 5 million euro. We are talking about the columns, the marble and the floor mosaics that were subjected to the disintegrating effect of the water, but we know that with time the salt will do damage to the upper floors as well, affecting the tiles on the ceilings and walls. Furthermore we have just learned of a problem with the sheets that cover the cupolas of the Basilica. One of them is coming off and is need of urgent intervention, considering the damage it could do should it fall in to the Piazza. But at this point it is necessary to check and monitor the lead sheets that cover all the cupolas, to verify if they are still satisfactorily attached or if we need to proceed with substitutions. The sheets that cover each of the cupolas of San Marco are worth close to a million euro. We are awaiting good news from Rome regarding the possibility that we could also make use of the Art Bonus, announced by the Ministry of Cultural Heritage, with deductions of up to 65 percent for investors who support the restorations. We are waiting for concrete provisions so that we can begin to move”.

But in the background still remains the even more serious problem of permanently defending the Basilica from exceptional high waters, after the terrible 187cm of 12 November. 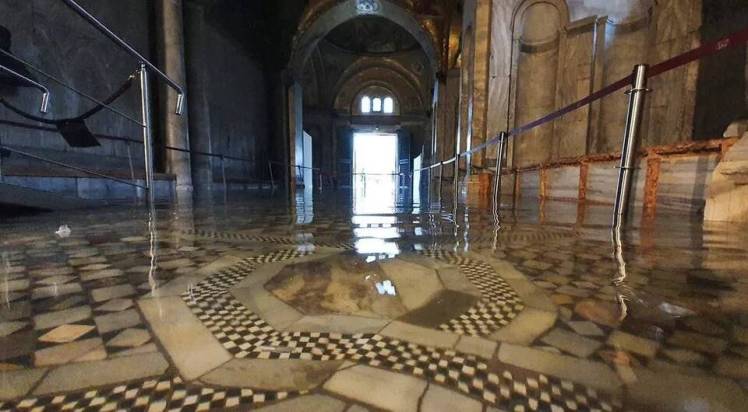 “We remain hopeful that MoSE will come online in the shortest time possible and that it works, and we have faith in the work of the new managers, but we still must equip ourselves for the worst, because many experts agree on the fact that this phenomenon could repeat at any moment. Because of this we are proceeding with our project which envisions the possibility of erecting a sort of “barrier” around the Basilica to protect it from acqua alta up to two meters. It is clear that it then must be the authorities, beginning with the Superintendent and the Triveneto Public Works Board, in addition to the Municipality, to authorize what it is possible to do. For this we hope for the creation of a technical roundtable for the interventions to defend the Basilica from acque alte. What we know for certain is that at a water level of 90 cm we go under. If the Piazza is made impermeable up to a level of 110, as has been spoken of for years, it would be a step forward, but it is not up to us to make this happen. Meanwhile, however we must think seriously about defending the Basilica of San Marco, which is now objectively in danger. 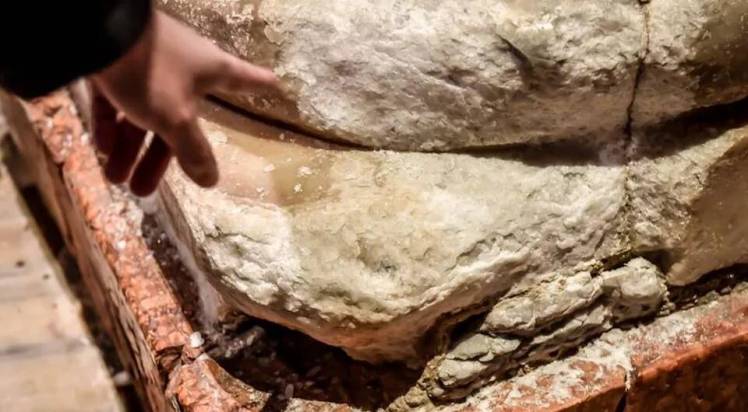 The project which the technicians of the Procuratoria are working on to secure the Basilica from exception acque alte calls for a 2 meter high barrier of glass all around the Basilica”.

In the underlying soil, to a depth of four meters, would be small plexiglass sheets, and then pumps as an emergency backup.