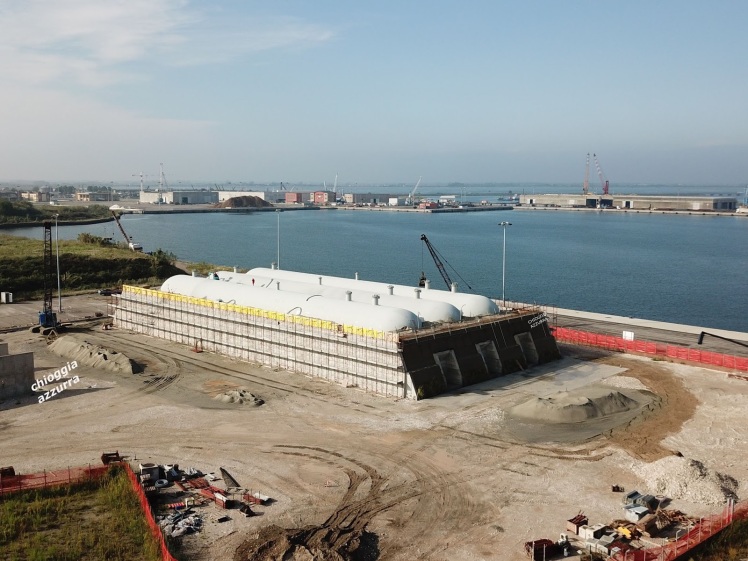 Roberto Rossi condemns report in front of MIBAC in Rome; the “Venice and its Lagoon” report called for the involvement of all the cities on the coast.

CHIOGGIA. There is no mention of the GPL (Liquefied Petroleum Gas) storage depot in the report sent to Paris regarding the maintenance of the UNESCO site “Venice and its Lagoon”. Despite the recommendations, appeals, and contributions sent from coastal Cities, the report ignores them all and ends up being biased towards the area around Venice.

This is the accusation of the committee No GPL, which appeared yesterday at the UNESCO office in Rome as part of their request to see the document that was sent to Paris in the past few weeks. Also taking part in the meeting were the Managing Secretary for Minister of Cultural Heritage Alberto Bonisoli and M5S party deputy Arianna Spessotto.

“We’re dismayed”, explained Roberto Rossi, president of No GPL, “we had wanted to read the document that the steering committee, which was presided over by the Mayor of Venice, Luigi Brugnaro, sent to France for the renewal of the status of World Heritage Site. It’s with great surprise and disappointment that we find that it contains serious omissions; it’s like a dated photo that is missing some fundamental updates. Among these many omissions, mention of the GPL plant in Chioggia is completely absent. We don’t understand how this document could have been sent given that the minister himself expressly asked Brugnaro to involve all the communities on the shore of the Lagoon. Brugnaro was also asked to call another meeting of the steering committee, and the minister allowed 15 extra days past the initial deadline so that the final document released would be complete and extend to all of the area that is part of the UNESCO site”.

This is a warning that minister Bonisoli received directly from the UNESCO Commission – that in order to maintain the area as a Heritage site they required an update on the physical state of the whole territory. Mayor Alessandro Ferro has also criticized Brugnaro in the past few weeks for not involving the area around the shore in the drafting of the report, and for not having taken in to account contributions sent in by city administrations.

“UNESCO asked for a listing of all the new development projects”, explains Rossi, “in particular indicating their conformity with environmental authorizations and the contents of the Environmental Impact studies and the Environmental Strategy studies. Obviously our gas storage depot conforms to none of this and therefore, to avoid problems, they probably preferred to not mention it specifically., However, this is an important omission, given that 33% of the UNESCO site impacts the area of Chioggia. We brought to the office in Rome all the material we have about the GPL storage depot, and an extensive dossier of photographs, and we’ve asked that these be sent to the UNESCO commission in Paris to be integrated with the report. The directors took note of everything, so now we’ll see how the situation evolves”.