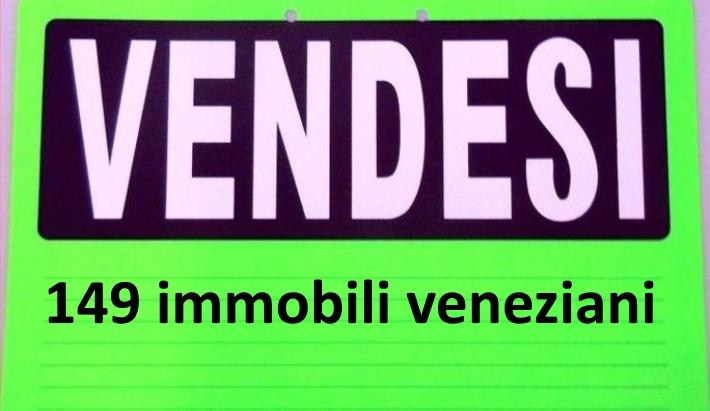 Data from the first half of the year from real estate monitor Nomisma: only one contract in ten is for residents.

VENEZIA. Venice is becoming less and less a city for residents and increasingly a place of short stays for tourists or of vacations for the owners – often foreigners – of second homes.

This has been a complaint of civic associations and the remaining residents, and it now finds direct confirmation in the data provided by Nomisma, a company that specializes in real estate market research. On July 11 the company released data for Venice and Mestre for the first six months of 2018.

The distribution of use for homes up for rent is also suggestive. 38% of these locations are for short term use and another 38% for study or work.

Only 27% of the homes available for rent in the historic city are for use as homes for permanent and family living. The consequence of this situation – observes Nomisma – is that the types of contracts mainly in use are the “free contract” (45%) and the “interim contract” (43%). Little more than 10% of the total contracts in Venice, then, are “normal” rental contracts.

In the first six months of the year the demand for sales and rentals of housing grew in all the cities, Mestre included. However, prices on an annual basis have gone down .6%, with an average price per square meter for new or renovated properties of just under 4,000, the highest among the thirteen Italian cities which are constantly monitored by Nomisma.

In the most expensive areas of the city the prices are instead rising, if only some, on an annual basis.

The time required for a sale continues to remain long, and more or less stable over different time periods both for new homes and for used: 7.2 months on average to sell an apartment.

For rentals, the average time to close a contract is getting shorter (2.3 months) and the prices are remaining more or less stable, with an average drop from asking price of 12.5%.

According to Nomisma, the non-residential real estate market in Venice remains weak, specifically retail locations and offices. The average price of a shop in Venice is just over 5,700 Euro per square meter, with an annual decrease of less than 1%.

The average annual rent is about 440 Euro per square meter, this also being in slight decline, with an annual gross profit of around 7.5%. It takes at least 7 months to sell a shop and 4.5 months to rent one, again with an average discount from the asking price of 12.5%.

It takes 9.5 months to sell an office in Venice and six months to rent it, with an average discount of 13.5% from the asking price. The situation remains more serious for the non-residential sector in Mestre, with decline of almost 3% in the prices for offices and shops, and a decline in sales as well.